They are planted on or in Irish river banks, rocky coastlines, and wooded parklands – here are the best castles in Ireland ranked from ten to one.

Ireland’s history is a famous and well-known one, and its landscape has been moulded by the footmarks of Irish kings and British royals gone-by, leaving behind them a wounded nation but a series of remarkable castles.

Ireland is now a Republic and castles no longer host the seat of power. However, with over 30,000 spread across the country, they enrich the scenery and leave us in awe of their structure.

Here are the top 10 best castles in Ireland, ranked.

Kicking off our list of the best castles in Ireland is the Blarney Castle in Cork, famous for the ‘Blarney Stone’ that can be found at the top of the castle. It is said that kissing the stone bestows upon you the ‘gift of the gab’. This is a must to visit when backpacking Ireland.

Irish chieftain Cormac MacCarthy constructed this castle over six hundred years ago, and while its appearance has decayed, its brilliance as a structure has not diminished.

Moving northwards and into Limerick city, we have King John’s Castle, which casts its eye over the River Shannon as it flows silently by.

The castle is even older than Blarney, having been built 800 years ago, and even recovered from severe damage incurred during the 1642 Siege of Limerick, making it an essential on an Irish road trip.

Castle Saunderson in County Cavan was originally in the hands of the O’Reilly’s of Breffini before the Saunderson family acquired it during the Plantation of Ulster.

Covering 34 acres in total, the grounds now act as a Scouting Ireland facility. This has been in operation since 2012, and the grounds are open to Scouts year-round.

7. Cahir Castle (Co. Tipperary) – for views of the River Suir

Cahir Castle is one of Ireland’s best-preserved castles, no mean feat as it has featured in Irish society since the 13th-century.

Conor O’Brien, Prince of Thomond, built it, and its opportune location is evidenced by its flirtation with the River Suir.

While Dublin is known for its city life, it is also home to one of the best castles in Ireland; Malahide Castle, which is the focal point of the Malahide Demesne Regional Park.

Only nine miles from the capital, the castle is undoubtedly worth a visit, and we are confident you will be in awe of the 12th-century remnants.

Surrounded by gorgeous green-land and still river water, the five-star luxury hotel in the West of Ireland has been transformed into a modern-day masterpiece.

It was once a Medieval and Victorian castle, constructed in the 1200s and purchased by a member of the Guinness family in 1852.

4. Bunratty Castle (Co. Clare) – one of the best castles in Ireland

The Bunratty Castle in County Clare is perhaps the most famous castle on the Emerald Isle and rightfully earns its place as one of Ireland’s best castles.

The fortified tower was constructed in the 1400s and straddled the River Raite. Its near thousand-year history carries the blood of the Vikings, Normans, and Irish Earls.

While there may not be much left of this castle, its stunning location makes it a must-visit, as the structure’s ruins tease the beautiful North Antrim coastline.

Like many others on this list, the castle was built in the 13th-century and has been left to face ruin following the Battle of the Boyne in 1690.

Donegal is home to many things, and unsurprisingly one of the country’s best castles lies deep in the heart of the Glenveagh National Park.

It is a relatively modern establishment as it was built between 1867 and 1873.

You can take a walking tour through the castle whilst catching unrestricted views of the River Beagh and surrounding hills.

1. Rock of Cashel (Co. Tipperary) – throne upon the hill

Whilst by no means an easy decision, we have decided that the best castle in Ireland goes to the Rock of Cashel, housed in County Tipperary and one of Ireland’s most important landmarks. We recommend adding it to your bucket list!

Hoisted upon a hill, the Cashel is surrounded by green countryside and was once the traditional seat of the King of Munster, tracing its origins back to the 12th-century. 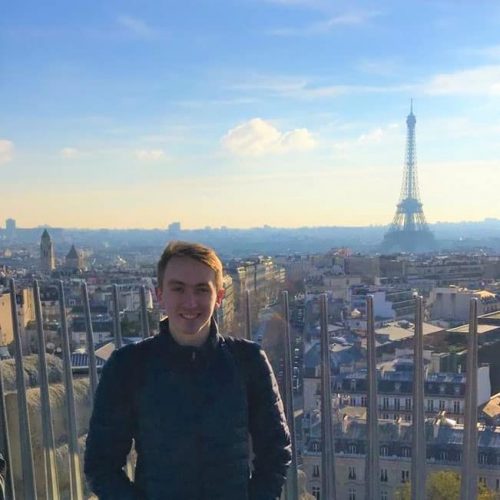 Dan O'Muirigh
Dan O'Muirigh is a keen travel writer from Belfast, County Antrim. He is a passionate sports man who plays Gaelic football for Naomh Gall GAC. He recently graduated with a degree in Law but instead wants to pursue a career in writing. He loves Ireland and believes the island offers something for everyone. He has immersed himself into the country by playing Irish sports, taking part in the culture and learning the Irish language.